June 16, 2015
Please find another app on google play, it is about Quran knowledge.

Here is a LINK 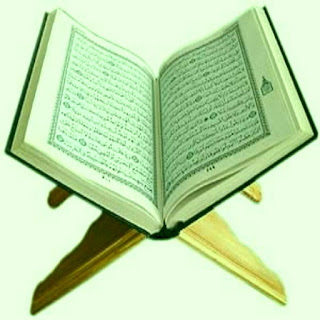 There are three Distinguishing Characteristics of the Qur'an

Our study of the Qur'an acquaints us with three distinguishing characteristics of this holy book. The first distinguishing characteristic is the absolute authenticity of its source. That is, without the slightest need of any comparison between the oldest manuscripts, it is evident that what we recite as the verses of the Holy Qur'an, are exactly the same words presented before the world by Muhammad ibn 'Abd-Allah (S).
The second characteristic feature of the Qur'an is the quality of its contents: its teachings are genuinely original and have not been adopted or plagiarized. It is the duty of an analytical study to prove this fact.
The third characteristic of the Qur'an is its Divine identity: its teachings have been delivered to the Prophet from a world that transcends his thought and mind. The Prophet (S) was only a recipient of this revelation and message. This is the result that we obtain from the study of the sources and roots of the Qur'an.
Knowing the facts of Quran is very interesting. This app has collection of some basic information which every believer loves to know specially those who memorize (Hifz) the Quran.
Every question has four option to select, if your answer is correct it will not asked again.
In this apps audio of two Surah are added Surah Al Fajr and Surah Ar Rehman recited by Taha Mohammed Junaid.
Some of the Questions are asked as below:
In which languege quran was revealed?
How many Surahs are in the Holy Qur'an?
How many Juzz is the Holy Qur'an divided into?
How many times is Bismillah Ar-Rahman nir-Rahim repeated in the Holy Qur'an?
How many chapters (Surah) start with Bismillah Ar-Rahman nir-Rahim?
Which chapter of the Holy Qur'an is the only one that does not begin with Bismillah Ar-Rahman nir-Rahim?
Which surah of the Holy Qur'an is the only one in which Bismillah Ar-Rahman nir-Rahim was revealed twice?
What is the longest chapter of the Holy Qur'an?
What is the only month mentioned in the Holy Qur'an?
What is the biggest animal mentioned in the Holy Qur'an?
Which surah of the Holy Qur'an is called the Mother of the Qur'an?
Which surahs have only one alphabet for their name?
Which surah is the name of the tribe of the Prophet?
Which surah is called the heart of the Holy Qur'an?
How many surahs are in the 30th part of the Qur'an?
What is the meaning of the word “Qur’an”?
Where was the Qur’an revealed first?
On which night was the Qur’an first revealed?
Who revealed the Qur’an?
To whom was the Qur’an revealed?
What is not the other name of the Qur’an according to the Qur’an itself?
Which is the only ancient religious text where the language of its revelation (Arabic), including the dialect, is still used today?
What is the scale or measure of one’s dignity according to the Qur’an?
Which is the longest Surah (Chapter) in the Qur’an?
Which is the smallest Surah in the Qur’an?
Where was the first Surah revealed?
Where was the last Surah revealed?
Which Surah (chapter) of the Qur’an is to be read compulsorily in each raka’at of the Salah (Prayer)?
Which is the Surah, which Allah taught as a Du’a (Prayer)?
How many different names of Allah are mentioned in the Qur’an?
Which is the only book which is completely memorized by millions of people in the world?
How many prophets by name are mentioned in the Qur’an?
According to the Qur’an who is “khaatamun Nabiyyeen” (the last of the Prophets)?
Which is longest ayat of holy Quran ?
Which one is last Surah in Quran?
How many Surah Start with "Qul"
There is a Surah Baqarah which means:
There is Surah Feil which means:
There is Surah Ikhlas which means:
Which word is mentioned most times in the Holy Quran

Please feel free to send me your feedback, you may provide more QA for next release.
Thanks for downloading

After good response from my apps which launch earlier, I developed an app on car logo. Country like UAE where every one is crazy for car's new model new make. I though this is great idea to develop a quiz on car logo. App for Car Lover and its logo, Car Logo reflects personality of Car Owner, Classic cars have classic logos, Logo shape, Style and color has been changed along with time. App has more than 200 logos to play in six levels, easy to difficult. Those living in Gulf countries come a cross lot of car brands. if you are car lover, you must recognized 70% logos easily. App will tell you the correct name if you choose wrong name from the list. Most of us very familiar with names such as Ferrari, Toyota, Honda, Ford, Benz, Kia, GMC, Mazda etc.. But what about unfamiliar names such as Acura, Geely, Gonow, Saleen, Ruf, Telsa, Hotchkiss etc.. In this app you will know lot of new car brand logo. HAVE FUN! For any additional feature or comments please contact on  mazap
Read more 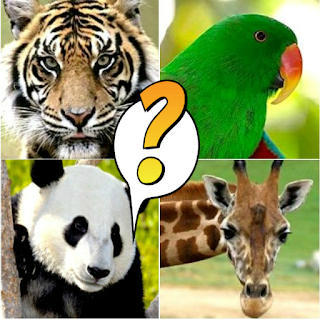 I have developed another app for animal lovers, it is actually a quiz where you test your knowledge and improve your information. Here is a LINK Playing this app provide you entertainment as well knowledge of Animal world, The most popular species are covered in this app. it is whole family quiz game. Animals are divided in six levels, level one is very easy level most of the kids already know the names. wrong answer will delete one chance, there are three chances to achieve your target score otherwise your score will become zero. In this App you will find the following animals, check yourself how many you know: Alligator,Ape ,Bear, Butter Fly,Cheetah, Cobra, Eel, Elephant, Fish, Flamingo, Frog, Giraffe, Goats, Gorilla, Hippo, Horse, Kangaroo, Kiwi, Leopard, Lynx, Monkey, Panda, Parrot, Polar Bear, Python, Star Fish, Tiger, Turtle, Wolf, Zebra" "Anaconda, andean, Antelope, Aquoti, Bat, Bee, Beetle, Blad Eagle, Bop, Camel, Chamleon, Chimp, Jaguar, King Snake, Lady
Read more